Our Mission at Orange Marine

“Together, we take up the challenge to connect  people across the seas and the oceans”

Orange Marine is specialized in the field of submarine telecommunications from the initial design and engineering, to installation of intercontinental and regional links, and maintenance of existing cables.

In operation since the mid-nineteenth century, the submarine cable  industry FCR – France Cables and Radio – became a 100% subsidiary of Orange Group in 1999. The Orange Marine fleet is one of the most experienced in the world and represents 15% of the world fleet.

In total, Orange Marine has installed more than 240,000 kilometers of fibre optic submarine cables in all oceans. Its ships carried over 670 repairs on routes, some of which by 6000 meters of depth.

In October 2010, Orange takes control of Elettra, a subsidiary of Telecom Italia. Its management is delegated to Orange Marine, which now operates 6 cable ships and a survey vessel from marine bases or from foreign ports.

Orange Marine contributes actively to the development of the high-quality global network. 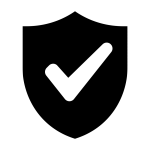 years of experience. Orange Marine, formerly France Télécom Marine, has specialized in the laying and maintenance of submarine cables since the end of the XIXth century.

ships operated, including one dedicated to survey.

Cable ship René Descartes is the first Cap-Hornier cableship in the world.

% of the world cable vessel fleet

In the past 40 years, cable ship Vercors laid 120, 000 km of submarine cables, 3 times the earth’s circumference, and holds the record for the largest cable ship cable length laid on all seas of the Globe.

Intercontinental- line repairs over the past 15 years including repairs at 6000 meters deep.

Ships are ready to sail  within 24 hours with a crew and a guard team available 24/7 all year round.