Orange Marine and Elettra offer a long term maintenance service of high quality to the consortia – groups of carriers with whom maintenance agreements are signed.

Each maintenance agreement covers the cables of the same zone.

These cables may be damaged by ships (anchors, fishing trawlers), but also by earthquakes, or even erosion (turbidity currents, abrasion) or power failures.

To avoid any disruption of traffic; switching equipment are used to transfer services between network paths for the duration of the repair. As the financial prejudice for carriers can rapidly reach several billion Euros, it is crucial to repair as fast as possible.

Once the fault noticed, the cable ship sails to the repair zone within 24 hours, with the relevant human and technical resources aboard. The shore stations and the technicians aboard perform measurements in order to localize the fault. The cable is then brought back on board, the damaged section is cut and replaced.

Orange Marine and Elettra ships operate under the following agreements:

Orange Marine and Elettra fleets total an average of 50 operations a year. 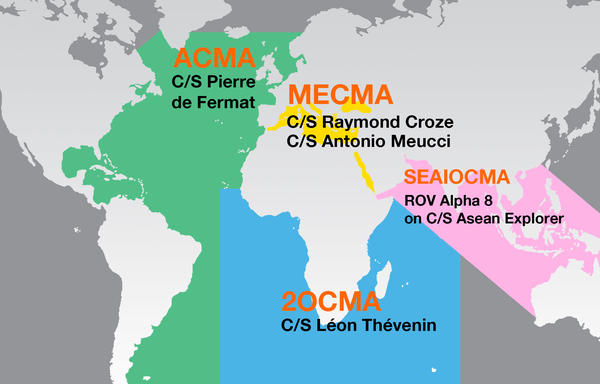